UX for VR: Why Are They Strapping Boxes To Their Foreheads?

Virtual Reality is in the news right now in a big way of UX for VR:. It’s being called the latest craze, but let’s be clear: this is not a fad. This is not a gimmick. VR is the future. VR is in its infancy now, so it may be easy to scoff and wave it off as just another high-tech trend that will run its course. But that would be shortsighted. VR is the culmination and convergence of all forms of entertainment technology that have been developed over the last century.

Google Cardboard has been out for months. The Oculus Rift, Playstation VR, HTC Vive, Samsung Gear VR, & Microsoft HoloLens all hit the market this year. With them comes a whole new host of User Experience challenges that will defy all current conventions. The move to VR-driven interfaces will be slow and painful. At first because the hardware will be quite diverse in terms of what options they offer to developers.

Oculus Rift at SXSW 2015 with the EVE

I had the chance to test-drive the Oculus Rift at SXSW 2015 with the EVE: Valkyrie demo. Not to descend into hyperbole, but it was everything I hoped it would be. The sense of visual immersion was complete and the game itself. Where you are sitting in a starfighter cockpit, was ideally suited to the headset. Any serious gamer who tries this out will be instantly addicted.

However, this type of AAA product is likely not going to be first VR experience for the majority of users. That honor will almost certainly go to Google Cardboard. Cardboard viewers are insanely cheap, with some as low as $5.99. So it will be an easy investment for users to make if they are curious about the tech but don’t want to shell out $599 for the Oculus Rift.

No matter how silly it sounds to put your phone in a cardboard box and strap it to your head. Don’t underestimate the extraordinary potential of this technology. The handful of apps on the market now are barely scratching the surface, but they are already showcasing where you can go.

They are also showcasing how easy it is to neglect basic aspects of UX in the rush to play with this new toolset. Many apps that offer solid VR experiences still drop the ball with two key aspects that I’m calling Transition and Navigation.

What is transition and navigation of UX for VR?

Transition is the point in the process where you put the device in or take the device out of the Cardboard viewer.

Navigation is the process of starting, pausing, or stopping the VR experience while the viewer is on your head.

I think developers may be stimied by the extremely limited control options provided by the Cardboard viewers. Let’s list what we’ve got to work with:

We take Transition and Navigation for granted in normal iOS or Android app. When developing an app, designers have endless options for where to put buttons and instructions. If you want to give your users a toolbar or a menu with dozens of options, no problem! That paradigm goes straight out in VR apps, since you basically have two options:

It’s really not much, but there are still some simple, logical ways to deploy these options that will allow for solid UX. 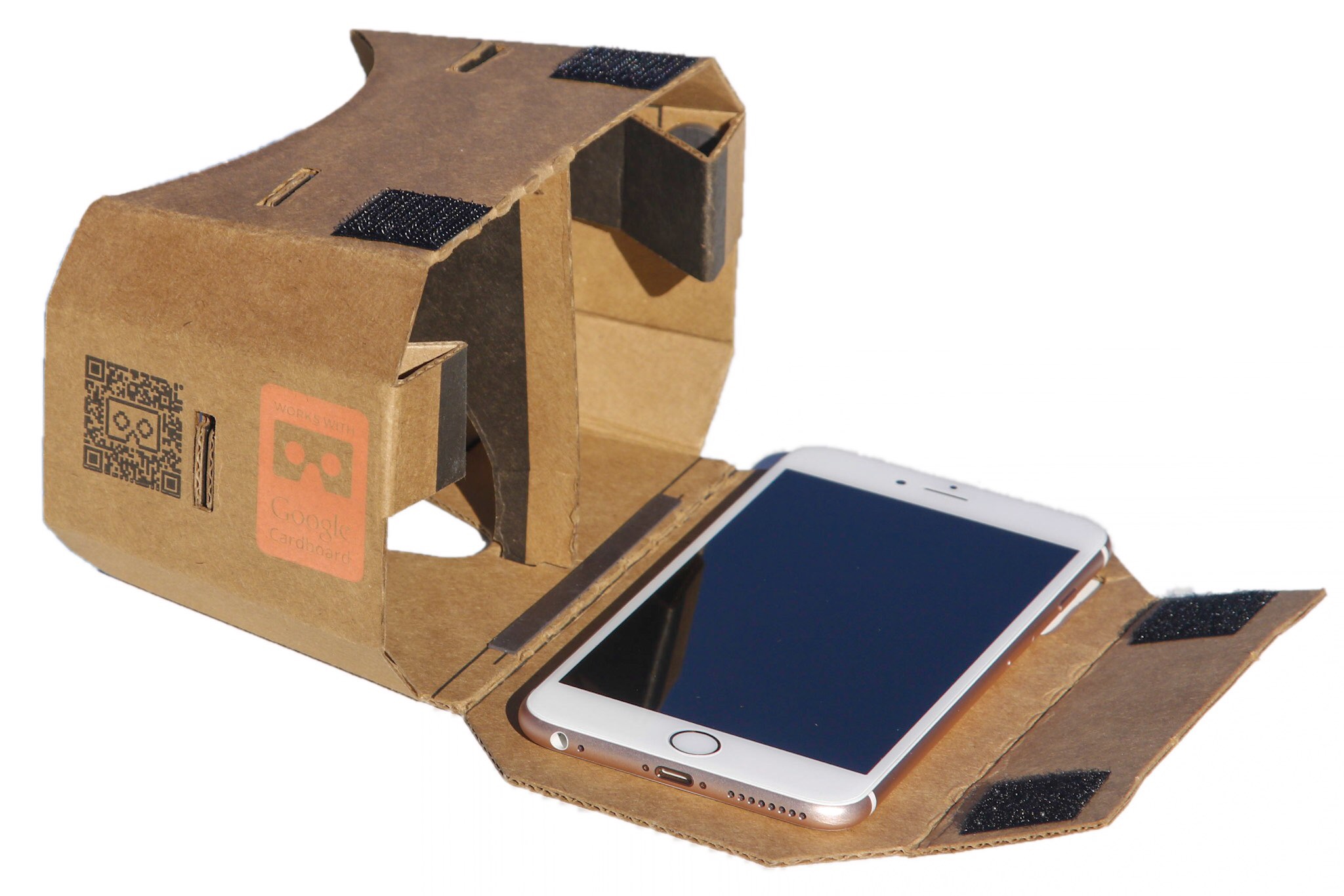 Transition of UX for VR:

I’m putting heavy focus here because this is where most apps fail. Let’s think about the steps the user must go through for this to work in real life:

My point is that between selecting a VR mode inside an app and actually having the viewer on their head ready for the VR experience to commence. There is a lengthy set of steps that will vary for most users. Therefore, your VR app must have a Transition that takes these steps into account.

One very poor method I’ve seen is for the VR mode to start instantly after pressing the button, essentially ignoring the time required for steps 2-6. A more common, but no less egregious, method is for a countdown timer to initiate. I’ve seen apps that use between 5 and 8 seconds for this timer, but it is just a flat-out lousy idea. It makes the user panic and rush through the steps, risking misalignment or a poor fit on their head. Often by the time they actually get the viewer on and let their eyes adjust, the VR mode is already off and running.

This is akin to arriving 10 minutes late to the movies. Can you still follow the story? Sure, but you may have missed something crucial or just simply lost the sense of entering this new world at an organic pace.

Another common mistake is to not provide obvious ques for the correct initial orientation. In one app that featured an undersea experience, the VR Mode had already started by the time I got the viewer on. I found myself inside a small submarine cockpit. I was looking around the 3D cockpit for a good minute with nothing seeming to happen. Before I realized the actual show was going on through a porthole directly behind me. Since many users are not used to a 360 viewing experience, I imagine this kind of mistake will be fairly common at first.

My proposed solution is that there should be a VR ‘foyer’ at the beginning of each new VR experience. This foyer would be a 3D space designed. It is exclusively to let the user go through steps 2-6 at their own pace. I imagine this foyer as a 3D grid room similar to the popular holodeck from Star Trek: The Next Generation.

During Step 1 the device would ask the user if they have an appropriate viewer. Once the user indicates yes, the foyer would open. Inside the foyer would be floating text instructing the user to place the device inside the viewer along with a clearly visible line for horizontal alignment. There would be a stare-to-click button located at the proper initial orientation point that would say something like “I’m ready.”

Crucially, if the user ends up looking in a direction where they can’t see the button, there would be helpful arrows guiding their view toward the proper orientation. Now the user is free to start the experience at their leisure without any undo pressure.

I have been surprised that most VR apps do not provide an intuitive method for pausing or exiting the VR experience. The solution here seems almost too obvious: let the action button for the Cardboard viewer open a menu that automatically pauses the experience. This menu could offer a resume button, an exit button, a restart button. Navigation to other parts of the app, or a button to re-align the orientation to your current head position. These menu buttons can be stare-to-click without disrupting any other part of the experience.

If your app has another function for the action button, such as firing lasers in a space combat game. Then use the tap-and-hold gesture to call up the exit menu after a few seconds. Tap to fire. Tap-and-hold to open the menu. Basic stuff, really, but underutilized in the current offerings.

The Matrix and Beyond

It is only a matter of time before science will allow us to transmit a full sensory experience directly into our brains just like in the Matrix. When you know that is where the tech is ultimately headed, it should be obvious that VR is here to stay. Google Cardboard offers developers and users a pioneering chance to taste this new frontier. Let’s just make sure that as we let our imaginations run wild, we always remember to include a pause button.