I’ve always been told that every vote of an election matters. I have heard that phrase (or some variation thereof) all the way from grade school before I was old enough to vote, up to this morning while listening to talk radio commuting to Rocksauce’s Offices in North Austin.

While it’s both a comforting and popular thought to believe that each of our votes is critical to our American political process, the truth can be…well…a bit more complex than that.

For instance, chances are you will not vote for the President or Vice President in this election – if you have ever voted for them at all. 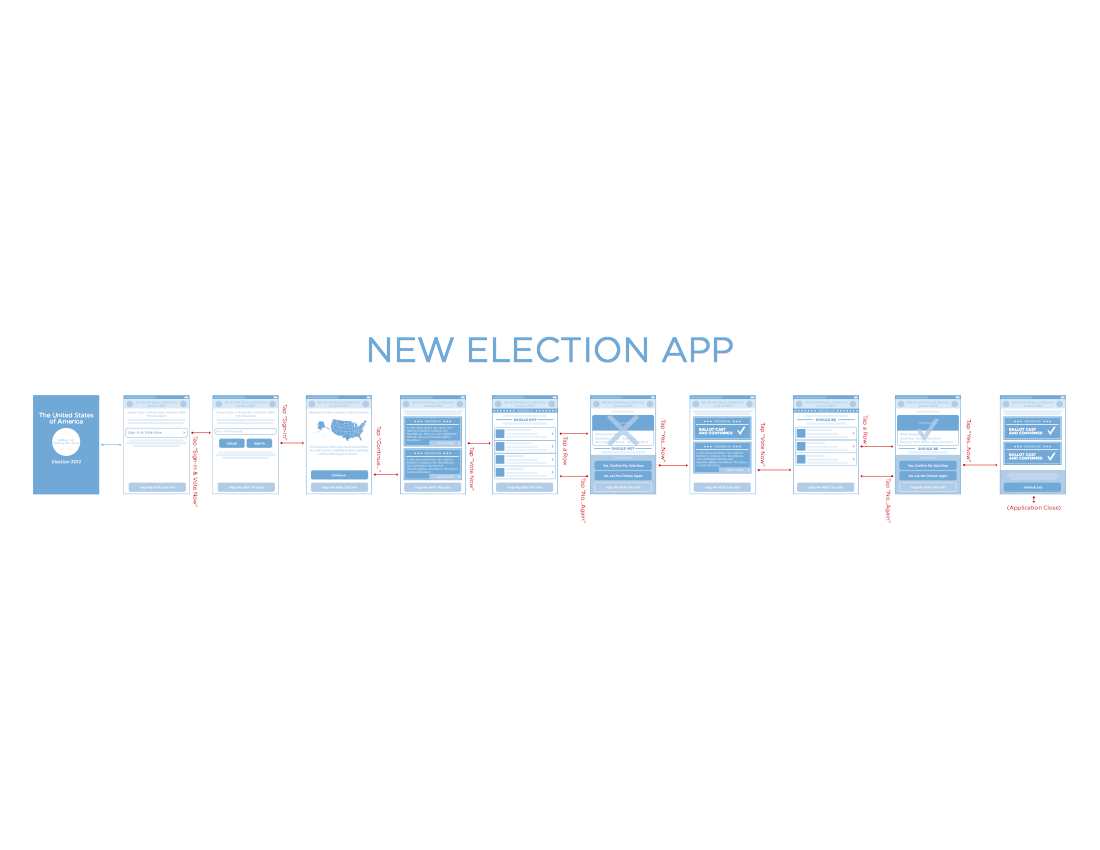 We all like to think that when we shuffle into our neighborhood polling location that we’re casting a ballot for two candidates to fill these National roles. Unfortunately, this is simply not the case. The truth is, only a small number of electors (538 in total) in the Electoral College are actually voting for our President.

I can already hear some of you saying, “But the votes we cast tell those electors how they have to vote…”

Not exactly. While our popular vote tells electors how they should vote, there is no regulation stipulating that they’re required to mirror our votes. Therefore, the election results may not necessarily reflect the popular vote.

The Electoral College is problematic in other ways too. It is the instrument that makes swing states worth more than the rest of us, guaranteeing in many instances that if you live outside of these magical states that you may never get the chance to see your favored candidate take presidency.

The Electoral College is just one problem in our voting system. A second, more deeper issue falls more under the radar and is just as relevant. An issue that seems more immediate than ever before – the complete lack of a realistically functional multi-party voting process.

You, like myself, may have heard something about this as we move closer to Election Day, “Well I want to vote for Candidate X, but they have no chance of winning, so I’m going to vote for the more mainstream Candidate Y, so I don’t waste my vote.”

This is a huge problem.

In modern society, nobody who chooses to take part in our political process should ever be made to feel that their candidate has no chance, simply because they don’t have one of the correct letters next to their name. The only reason any candidate should have no shot at victory is because we the people simply don’t care for their views and policies. But more and more, we find ourselves not voting FOR the candidate we like, as much as we are casting a ballot AGAINST the candidate (or entire party in most cases) that we don’t like.

This leads to the much bigger issue of separating ourselves into groups, a practice that paints a picture of “us against them,” while in reality, all that exists in the process is us. These issues keep most people from being able to take part in the political process in the deep and meaningful way which they should. How can we be expected to vote with passion for the process when we can’t even seriously vote with our consciences?

The popular belief that by voting for a third party candidate we may inadvertently be casting a vote in favor of our opponents, poisons our process with fear of third parties, instead of relief at having a larger pool of easily differentiated candidates. This mentality increases voting apathy across the board, as well as drives voters away from considering third party contenders, and ensures that we’re really only getting the choice between the lesser of two evils.

But alas, all is not lost!

In response to this unique issue, I have created some ideas for an app which will correct our voting process once and for all. Well, probably not – but this application idea may get people thinking about how to change our system for the better, and that’s all I am really aiming for here, so bear with me.

I believe that by changing our voting process up just a little bit, we can bring back empowerment to our voting citizens, and gain much needed public debate and widespread interest in the process itself.

Here’s how the changes and application would work:

The second change would be the issuance of a secret “Voting PIN Password” to each voting American printed right on their voter registration card. In addition to receiving a voting registration card to take to the polling station of Election Day, voters would also be given the option to use a mobile application to vote if they did not wish, or were unable to physically go vote. Check out the “App Map” below for how this would look in detail.

After polls close, “votes against” will be tallied and the candidate that the majority of our country does not want to be elected is eliminated from the race out right. After one is eliminated, “votes for” would be tallied and tell us which candidate we elected into the office of the Presidency. By casting a vote against a candidate and eliminating one, a voter would never be strong-armed into voting for a candidate because they are the only viable option to beat an opponent.

Would it really work?

Probably, definitely, not. I am in no way an expert in statistics or law, and I have the feeling that some citizens would take issue with some of the bits and pieces of this new system. But it does start the conversation about changing an antiquated process for the better. We have changed laws before to include changes for technology in current times, and the voting system is now overdue.

Next Article: Q & Answers: Reflecting on the iPhone 5